In the morning of May 28, a delegation led by Lu Fangzhou, the Party Committee Secretary of Jiading District, Shanghai and Lu Zufang, member of the Standing Committee of the District Committee and Executive Deputy Head of the District came to REFIRE Group for an in-depth research on current progress and existing difficulties in company’s resumption of work & production, providing the company practical suggestions. 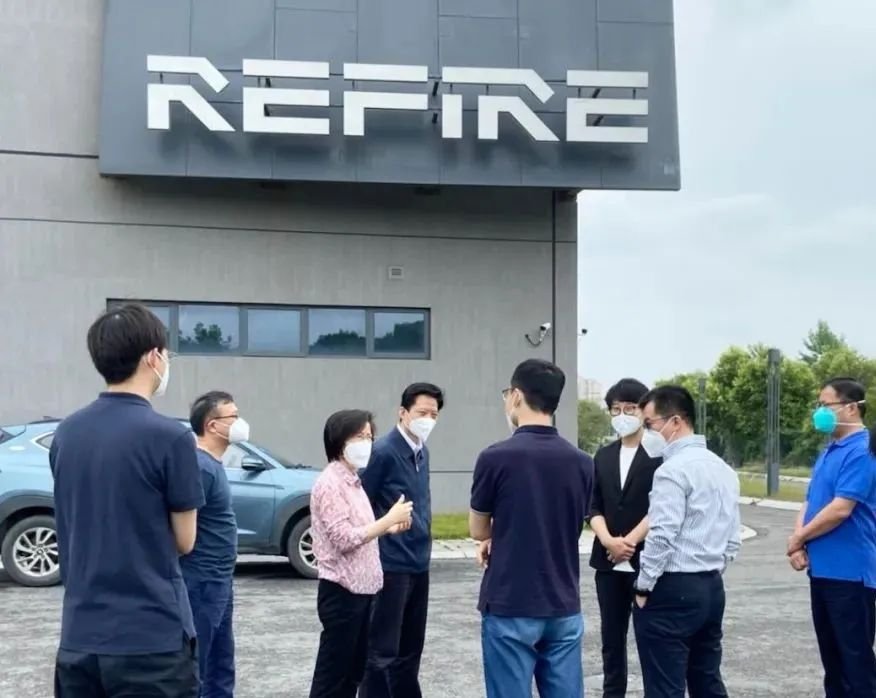 Walking into REFIRE, Secretary Lu researched on the implementation of epidemic prevention carried out by the Industrial Park, followed by a conversation with Robin Lin, the Chairman and President of REFIRE to have a detailed understanding of the company’s current resumption of work & production including the schedule of work resumption, the management of the life of workers returning to posts, the arrangement of epidemic prevention, the recovery of production and R&D, the reserve of materials, etc. Lu listened carefully to the difficulties encountered in the process of resuming work & production and gave suggestions. 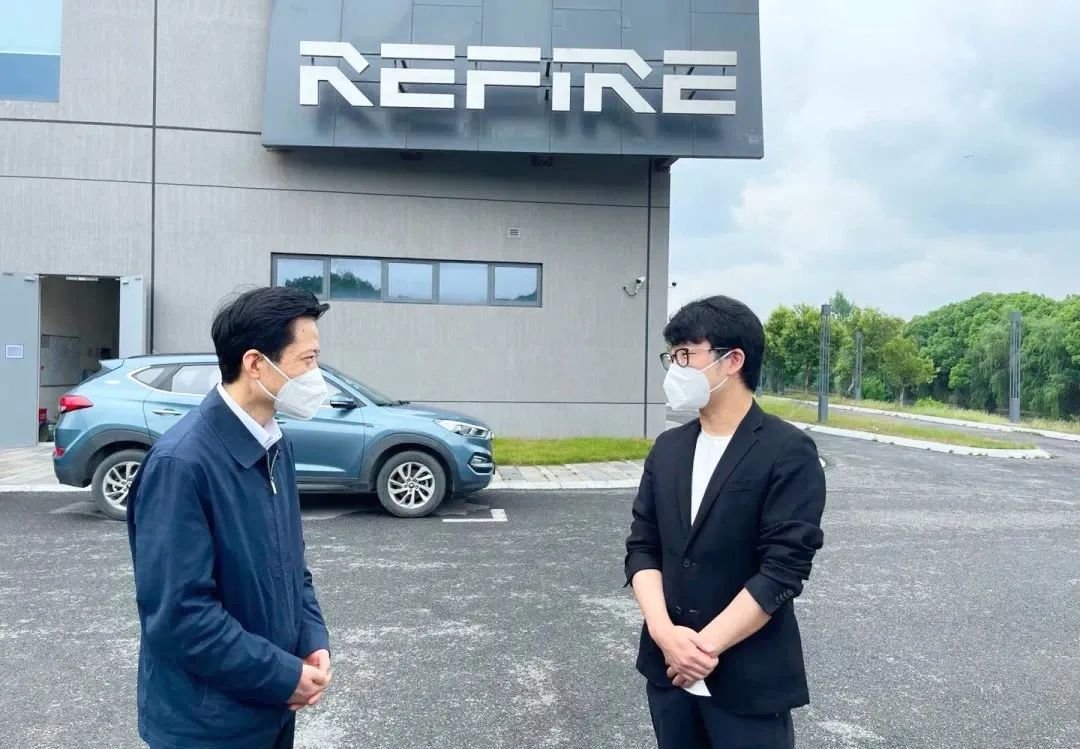 Since the lockdown under pandemic, REFIRE actively follows the epidemic prevention policy of Shanghai, with the concept of meeting high standard of anti-epidemic requirements, multiple measures have been carried out to facilitate the orderly work, introduced by Robin Lin, presently, 130 employees have stationed themselves in the company endeavoring in daily work. On this basis, REFIRE makes full use of diversified business layout, and collaborates with powers of R&D and production in Shanghai, Changshu, Foshan, Vancouver and other places to ensure the deployment of R&D and production. 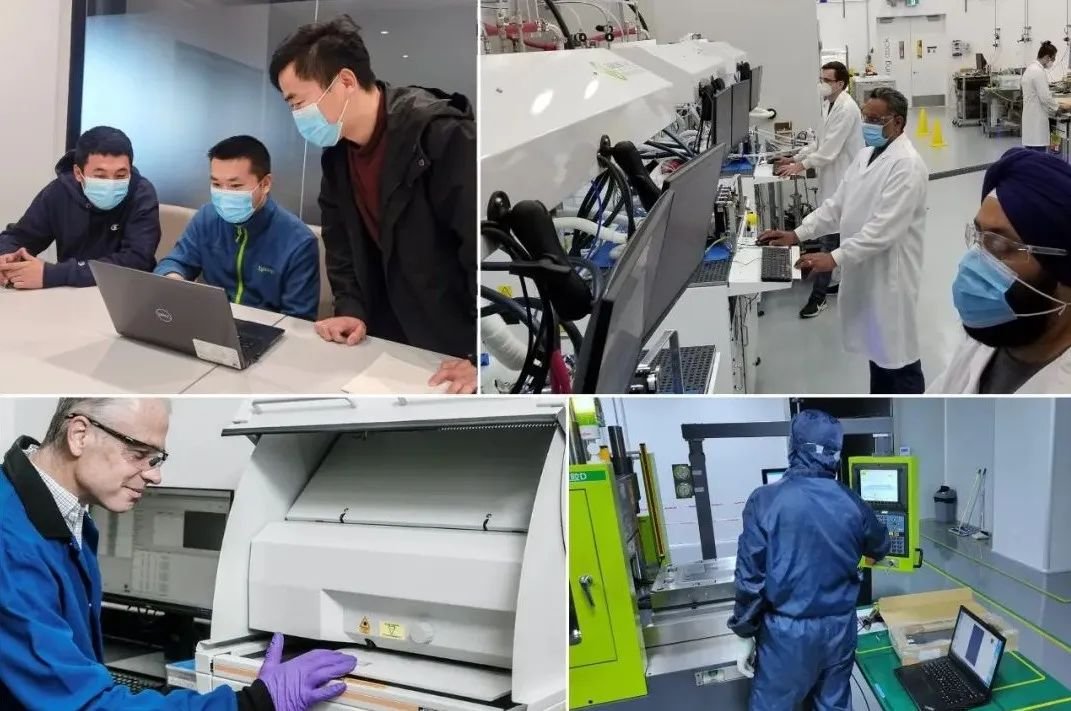 Secretary Lu stressed previously in the Conference of Jiading District “Cloud Investment Promotion” and “Cloud Signing” 2022 that the district would face new challenges with a forward-looking layout and focus on “New Four Modernizations”(Industrialization, urbanization, marketization and internationalization) for automobile to boost regional economy and support for the restoration of normal production and life order in the region.

As more enterprises accelerates steps of work & production resumption, making Jiading district a solid foundation for its economic operation back to normal, injecting new momentum into high-quality economic development. Next step, under the guidance of a series of supporting initiatives by municipal, district and sub-district government, REFIRE will gear up for the production resumption progress while ensuring the safety of operation management. 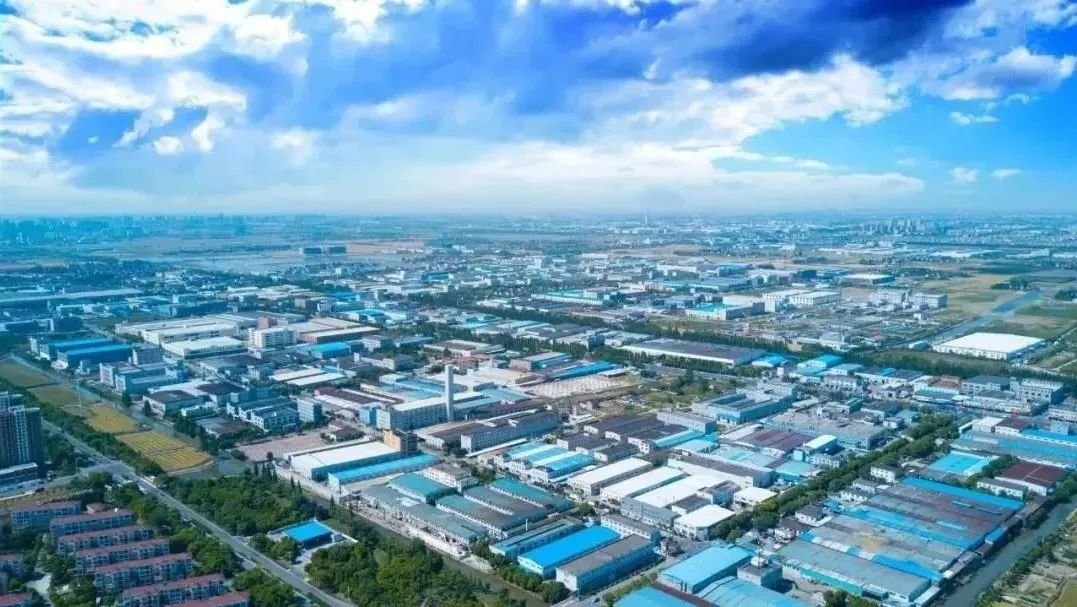