On July 13, the first event of the “China-Europe Cooperation Partnership Dialogue” co-hosted by the National Development and Reform Commission of the People’s Republic of China and the Beijing Municipal Commission of Development and Reform was successfully held in Beijing. The event was themed on “Green Development”, aiming at promoting the development of green, low-carbon, and recycling economy and strengthening the practical cooperation between China and Europe in the field. REFIRE was invited to the event. 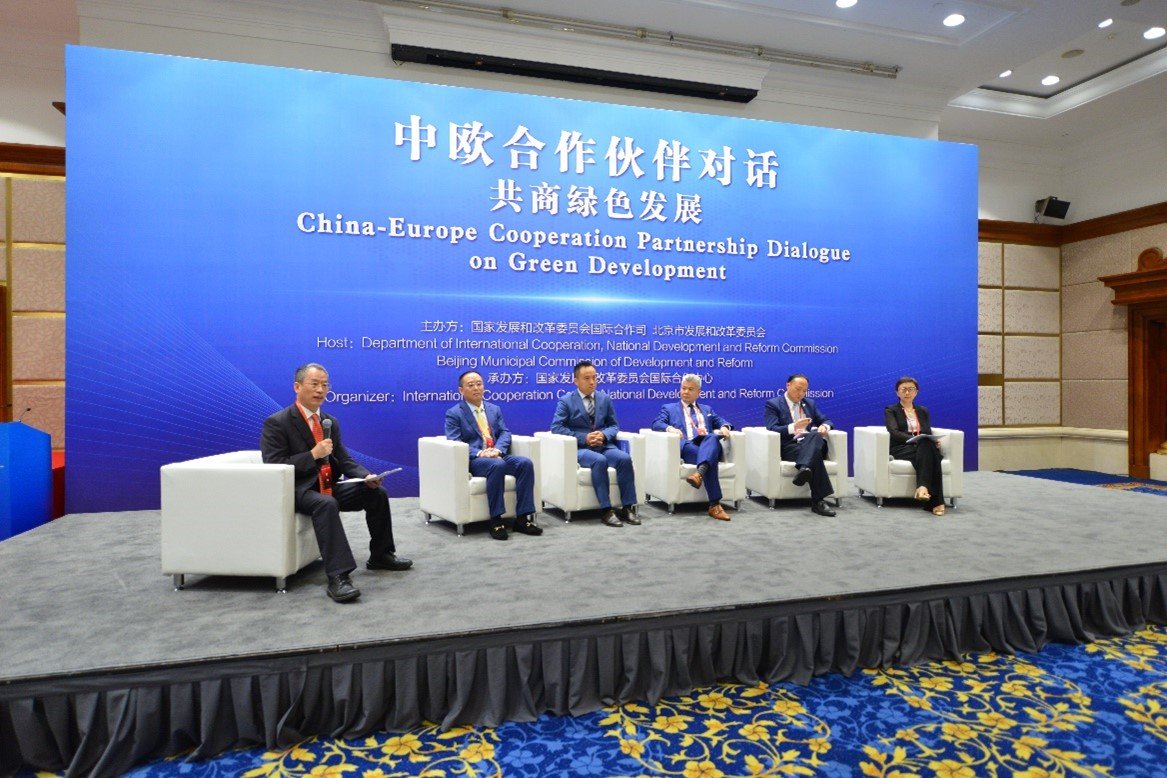 Su Wei, Deputy Secretary-General of the National Development and Reform Commission, stated in his opening speech， “green development is an important part of China’s new development concept, and China has set ambitious goals and visions for promoting green development, will promote the country’s development which is of higher quality, more efficient, fairer, more sustainable and safer, and strive to build a modernized society with human-nature harmony. Enterprises from all countries, including European enterprises, are welcome to share China’s huge market and the potential of domestic demand. We hope that Chinese and European enterprises will seize the opportunities of the times and join hands to establish a China-Europe green partnership, jointly develop and strengthen the ‘green economy‘, and enhance the cooperation aiming at mutual complementarity and mutual benefit, so as to inject more impetus into the world’s economic recovery and green sustainable development.”

Tan Xuxiang, Director of Beijing Municipal Commission of Development and Reform, Zhao Penggao, Deputy Director of Department of Environmental Resources of National Development and Reform Commission, and Wang Dapeng, Deputy Director of Department of New Energy of National Energy Administration delivered keynote speeches on several topics: the in-depth implementation of the Green Beijing Strategy, China’s efforts in achieving the goal of Peak Carbon Dioxide Emission and Carbon Neutrality, and the advancement in the field of new energy and renewable energy. 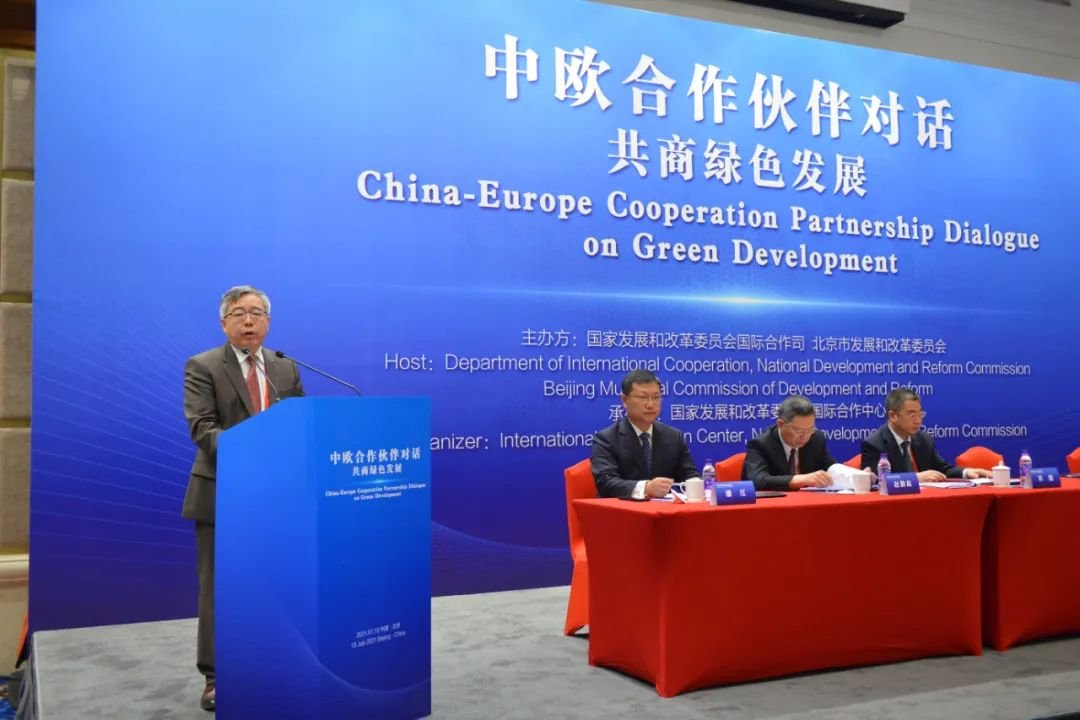 The representative from REFIRE delivered a speech on the topic of “Climbing the Peak of Fuel Cell Technology to Empower the Low-Carbon Transformation in the Transportation Sector” in the session of enterprise guest dialogue.

In the speech, it was mentioned， “REFIRE has always adhered to scientific and technological innovation. With a mature R&D organization structure and a professional R&D team, REFIRE has achieved technological a number of breakthroughs in core fuel cell components and gradually realized localization and industrialization. The fuel cell systems developed and produced by REFIRE have been applied to a variety of light, medium and heavy trucks ranging from 4.5t to 49t, sold to 17 provinces and regions in China and exported to Germany, Switzerland, the United States, Japan and Malaysia.”

REFIRE has always been seeking for opportunities for international cooperation. In 2018, REFIRE joined the Belgium-based Hydrogen Council, being the fifth Chinese member company under the Council. In May this year, REFIRE obtained a factory inspection certificate and a product certification from the Dutch Ministry of Transport, benchmarking against the EU standards in terms of production management and technical requirements. In June, the 130kW PRISMA XII+ fuel cell system, an upgraded product of REFIRE, was certified by TÜV Rheinland, an international professional third-party certification agency, which was the first time in the industry.

As mentioned in this event, China and Europe are staunch supporters of climate change mitigation. China and Europe share common ideas and have common needs and visions for climate change mitigation and green development. Chinese and European enterprises should seize the opportunities of the times, join hands to establish a China-Europe green partnership, enhance cooperation and achieve mutual benefit and win-win results to inject greater impetus into the world’s economic recovery and green sustainable growth.

REFIRE is willing to work with our industry partners in China and Europe to jointly mitigate climate change, promote the large-scale development of fuel cell technology, explore diversified commercial application scenarios, and jointly promote the global green and low-carbon transformation to create a better future for the world together.