Recently, Mr. Wang Shiting, Chinese Ambassador to Switzerland, and Wu Jingchun, Minister Counsellor for Economic & Commercial Affairs of the Embassy, accompanied by officials from the Economic Promotion Office of the Canton of Valais, visited relevant enterprises of the Canton for in-depth communication, with a view to understanding the exchange and cooperation between the Canton of Valais and China. 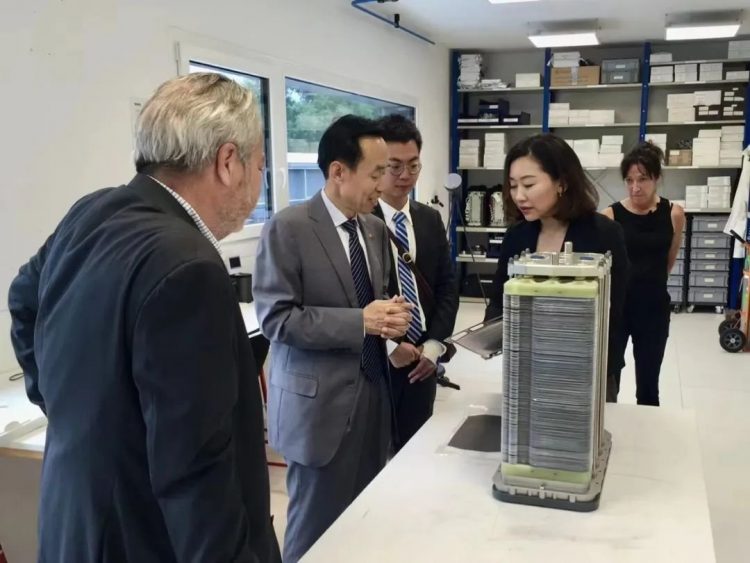 Mr. Wang and his party met with GreenGT President Christophe Ricard and Administrator Weber at the R&D Center of GreenGT in Collombey-Muraz, and visited the R&D and testing workshop. Ms. Ma Jingnan is the Vice President of REFIRE, GreenGT’s Chinese partner. She briefed them on relevant situations. 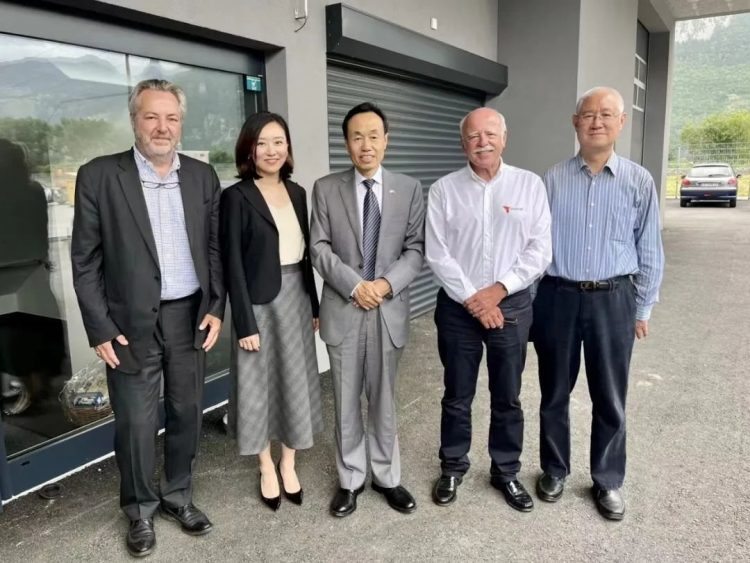 Group photo of Mr. Wang Shiting (middle) and Ms. Ma Jingnan (second from left), a representative of GreenGT and Vice President of REFIRE

Achieving carbon emission peaking and carbon neutrality is a major strategic decision made by the Chinese government to coordinate the two major situations at home and abroad, according to Mr. Wang. The Chinese government attaches great importance to the development of new energy and hydrogen industry, and has issued many policy documents such as the Medium and Long-term Plan for the Development of Hydrogen Industry (2021-2035) to encourage the development and innovation of the hydrogen fuel cell vehicle industry, thus providing a clear and broad market prospect for the development of this industry. Outstanding Swiss businesses, including GreenGT, are welcomed to partner with Chinese companies in the future to further the growth and advancement of the industry.